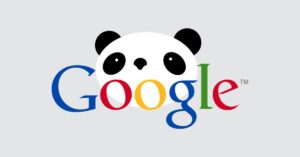 Google algorithm update explained. Google has always been at the forefront of new technologies when it comes to internet-related services and products.

Not only is this because they have managed to become one of the popular search engines in the last decade but they have always continued to improve on existing and develop new services whilst always considering what the user wants and what’s and the best way to deliver it.

The algorithms used by Google have progressively evolved over the years in order to maximise the time and efficiency content can be crawled and indexed. A new method, which looks to be trailed later this month, is the option to include tweets in your search results page which could prove to be a huge success for google going forward.

Twitter have agreed with Google that they are willing to share their public data, generated by over 300 million users, in order to have real time content appearing on their search engine results pages.

Google sees this as their best option to incorporate real time content into the results pages because they currently crawl and index all public twitter profiles and tweets before ranking them, making real-time rankings far less likely.

Of course Google already indexes a huge amount of tweets however, a study conducted by Stone Temple shows that out of 138,635 tweets they tested less than 8% of them were actually indexed.

However, Google are going to have to form new algorithms that are designed to pick out tweets which offer the most valuable content to the user, depending on their search query.

With this in mind, we can also expect to see some sort of strong anti-spam filters being introduced as google are not prepared to rank quantity higher than quality when it comes to content.