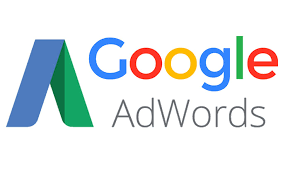 Google has officially started to roll out its new AdWords (pay per click) user interface, and it is expected that it will be available to every user by the end of the first half of 2018.

Many AdWords users, both individuals and professionals, have been voicing their concerns over the potential impact this drastic update might have on key features, reports and overall functionality. Noting that many people have been experiencing the same frustrations, we’ve put together a few pros and cons of the new interface to give you an insight into what you can expect to encounter over the coming months.

Although arguably one of the least important factors of the new interface, there is no denying that it is far more aesthetically pleasing than its predecessor.

As a professional Google AdWords agency in Cheshire spending a lot of time on the AdWords platform itself, we appreciate the improved user experience and the small flourishes that set this interface apart from its previous incarnation.

Dashboard alerts appear to be much more effective insofar as they highlight recent changes in performance in actionable and proactive ways.

Changes can occur rapidly and unexpectedly, so every small piece of information you can gather can be used to your advantage.

For example, if you were to see groups of products appear more or less frequently than expected, this might suggest that your competitors have altered their patterns or that you haven’t taken the appropriate steps to successfully keep up with seasonally induced changes in behaviour.

New features are always welcome, especially when they are as effective and as intuitive as the ones that have been incorporated seamlessly into this new interface.

The audience manager is going to be a particularly effective tool for many businesses, alongside the new promotion extensions and bid adjustment capabilities.

Unfortunately, Google hasn’t provided the opportunity to carry over your current columns. To continue working in the way you were previously, you might have to reset and modify your columns to use important tools such as your key performance indicators (KPIs).

Con: ‘Your Change Has Been Saved’

Every time you make a bid change, you will be greeted with this pop-up message, which you will have to dismiss before moving on to the next task. It’s a relatively minor annoyance, but it is a questionable addition that arguably shouldn’t be there at all.

Although, as with anything new, the updated interface will take some getting used to, it is worth noting that any initial difficulties will be vastly outweighed by the positives in the long term. As the digital landscape changes so frequently, we expect any initial frustrations to pass quickly, although interruptions in workflow during the necessary adjustment periods are never a welcome obstacle.

If you’re looking for further information from an official Google AdWords agency in Cheshire please feel free to browse our website and reach out if you would like to discuss anything in greater detail.