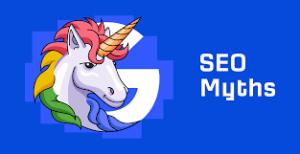 So, SEO is complicated right?

I don’t think anyone is going to pretend otherwise – there are a significant number of variables involved in generating success for a website and each of those variables is exacerbated by the specific challenges of the website involved (its competitors, target searches, the industry it sits within, etc.) So, SEO is complicated.

So all the commentary, overview and advice is aimed at nothing more or less than helping to simplify, to clarify and to elucidate – to scaffold everyone’s understanding so that the most informed decisions can be made by using that understanding.

Well, at least that’s what you’d hope.  Sometimes, however, it seems like all the advice just makes the picture more blurry.  Sometimes that’s a kind of positive self-awareness – “the more you learn, the more you really how much there is still to learn” but sometimes it’s because the people you’re listening to are separating the wood from the trees, they’re actually planting more trees.

When that happens, it can be refreshing when someone cuts to the crux, yes?  Enter Barry Feldman who’s keen to help you “avoid all the BS”!

The dust has settled, pretty much, on Google’s mobile algorithm update and most of the commentariat seem confident to start more robust analysis on what has happened, what hasn’t happened and what is likely still to happen in the future.

The overwhelming feeling seems to have been relief that there’s been no seismic reckoning of the order of, say Panda and Penguin.  Indeed, some has expressed concern that Google has been too soft.

And the other observation I want to highlight is expressed here, underlining the fact that user experience as a ranking signal is only a mobile factor – not a desktop one. Or, rather, it isn’t a desktop factor YET.

The big implications from this algorithmic roll out for me are that variables like UX are going to be even more important in the future.  Although never as important as content, according to Gary Illyes – an interesting statement, given the next article…

A great article (that I wasn’t previously aware of) was highlighted on Twitter by State of Digital’s Bas van ded Beld this week, the crux is which was that the search marketing model of authority growth (and ranking reward) through content development is not sustainable.

Facing our worst fears might not be comfortable reading – and it’s important to recognise that the conversation around that article continues as I type (read the postscript and follow the links to replies and counter-theory).  The important take-away for me, however, is the recognition that nothing stays the same.  Content is absolutely the right way to distinguish one’s USP at the moment and Google has definitely articulated its algorithm to reward this approach but in the future, achieving this differentiation between you and your competition will certainly require different approaches.

In the meantime, however, here’s a great article on how to plan your content development to ensure its interesting, well structured, follows a logical thread and is efficiently generated.   It’s the best way to keep your customer satisfied…for now.