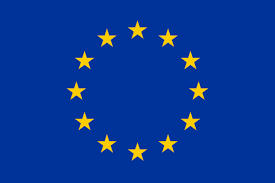 This week, we’ve got some interesting news from SMX Paris about some new search features from Google. First of all, Google Now on Tap and its capabilities were demonstrated, showing how it can navigate between apps and find information related to the text content in the app in use without the user performing an actual search.

So, if – for example – you are messaging friends about visiting a certain restaurant, then holding down the home button will bring up related information such as opening times or even the ability to book a table.

The significance of this is that Google Now on Tap is reading the information and figuring out, through context, what it is you want information about without you explicitly telling it. Yes, this gives Google access to whatever you’re looking at, which could cause some concerns for privacy.

However, Google isn’t watching you constantly, so there’s no need to worry. You have to tell Google to read what you’re looking at and, once you’re done, Google deletes all the information it got from you. This is expected to be available on Android M.

Google also demonstrated the new location-aware search feature at SMX Paris, which has apparently been around for a few weeks now but never formally announced. The feature uses your location to help answer questions about your surroundings, even if you do not know the names of things around you. Speaking your search to Google through the built in search box on Android or the Google Search App for iOS, or speak searching on Chrome on either Android or iPhone seems to work.

So, for example, if you were stood in front of the Eiffel tower then, theoretically, you could ask “how tall is this?” and the feature would use your location information to guess that you are asking about the tower, and thus provide you with an answer. You can see more examples here on Search Engine Land.

More interesting, though unrelated, news from Search Engine Journal suggests that it might be wise to avoid using hashtags or mentions on Twitter whenever it isn’t necessary. A study conducted by Twitter, which focused on direct response ads, showed that tweets that do not contain a # or a @ mention generate 23% more clicks, and that tweets pushing an app install increase click-through by 11% if they do not contain hashtags or mentions.

The theory behind why this occurs is a simple one; the other clickable parts of the tweet distract from what it is you’re trying to say. Makes sense. That’s not to say that you should avoid hashtags or mentions altogether though, especially if you’re entering into some sort of conversation, but that you should evaluate the necessity of those links.