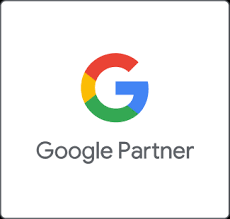 Many of you will be glad to hear that Google have announced there is a Google Panda update coming up soon. It has been a long wait since October for some, but the wait is finally almost over as Gary Illyes expects the update to come in the next two to four weeks.

This is apparently a data refresh, so those who have suffered before may recover – hence the excitement. Of course, some may not be looking forward to such and update and inevitably if some sites are to recover, others will be adversely affected.

While we’re on the topic of updates, Gary Illyes from Google has also said this week that the continuous Penguin update, they have been working on is apparently ‘months away’.

There has been a lot of talk in the industry about continuous updates lately, as webmasters face a long wait for a Penguin refresh. Since a date for the ability of the algorithm to continuously update has not yet been set, I wouldn’t hold your breath.

If you’re wondering where to start when optimizing your site or how to avoid penalties, then you might be interested that Search Engine Land have released the 2015 edition of their Periodic Table of SEO Success Factors. If you’re not sure what it is, it’s basically an infographic to help webmasters focus on the basics of search engine optimisation.

As we said last week, it’s impossible to figure out the full complexities of Google’s search algorithm. It is perhaps a better strategy to instead to learn what the end results of the algorithm are – focus on the big issues, not the tiny ones. The Periodic Table of SEO Success would be a good place to start implementing this.

They’ve made some additions and changed some factors since the previous version, including increasing the ‘weight’ (i.e. importance) given to mobile factors; this is evidently reflecting Google and Bing’s recent focus on mobile friendliness as a ranking factor.

On the topic of mobile, despite all the hype earlier in the year, this week Google confirmed that they only look at desktop content for mobile rankings, after which they then take mobile friendliness into account.

They also said that the next things added to the algorithm are likely to be interstitials ads, as a negative ranking factor and the speed of a mobile site vs desktop site.

Both of which bode well for mobile end users. Whilst the mobile update is worth optimising for, as most factors are, a recent poll by Search Engine Roundtable revealed that 65% of those who took the poll had seen no real changes at all after the Google mobile friendly update.

However, there is some evidence suggesting that small and medium websites are those most affected. It might, therefore, be worth doing some research into the companies that have been assessed in each study, as an unfair balance of features such as business size could skew the data either way.