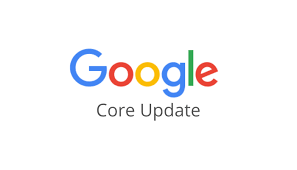 We mentioned last week that there was a Google core search update rolling out, confirmed by Google in a hangout video.

This update has apparently been seen to benefit news sites and sites providing other forms of fresh content such as newspapers and magazines, with Marcus Tober reporting sites showing up to 59% improvement in SEO visibility.

In fact, Barry Schwartz pointed out an increase of 134% for one site. This could, of course, be down to Google’s considerations for ‘freshness’ in search results, and highlights the need to be producing fresh content regularly in line with the Google Core Search Update.

Another change Google have made to search results is that they have finally got rid of Emojis after telling us they would back in May. First reported by Jennifer Slegg, this news comes as no surprise, as the symbols inevitably became overused and risked damaging user experience.

Interestingly, Google have also stopped displaying emojis on mobile results too, despite the fact that they have been shown on mobile since 2012. It seems that not all emojis have been removed yet, although we expect them to all be removed eventually, and emojis appear to remain in URLs – perhaps because of the associated problems with removing them.

Adwords customers may be interested to know that Google are updating the service to prevent accidental clicks from users. According to Google, up to 50% of clicks are accidental, leading to advertisers paying for clicks that aren’t actually from interested users.

This is good news for both users and advertisers, as I’m sure we’ve all accidentally clicked an ad at some point.